Maximilian: Have you ever walked the Camino de Santiago? If not: Do you intend to?

Noel Smyth and Fergus Grady: We walked the Camino de Santiago for the first time when we followed the subjects of our film. As much as we would have liked to walk it before this as a way of research, we feel that our limited experience of the Camino actually made the film better because we were able to experience it at the same time as our subjects – walking every step of the way and staying with them every night.

Maximilian: This is your first feature film together. Fergus previously directed the TV-film „Minimum Way“and Noel the short-film „One Hat of Bad Luck“. Despite the many experiences you have gained in other roles on set, one can say that "Camino Skies" is your biggest project so far. How did the project come about? Do you now identify yourself primarily as a documentary filmmaker and want to continue in this area?

Noel Smyth and Fergus Grady: "Camino Skies" is definitely the biggest project we have undertaken so far. Fergus had the initial idea of making a film about the Camino. At the start, we didn’t know specifically what it would be about, but trusted that the journey itself would provide some incredible stories that we could explore and follow. Making the film was a difficult and grueling journey (much like the Camino de Santiago), but incredibly rewarding and has since spurred us on to continue making documentary films under our production company ‘Wandering Films’.

Maximilian: I always think that our readers are certainly interested in what happens behind the camera, how much the artistic work differs from project to project: What is special about making a documentary? How does the work differ from feature film projects? And what experiences have you gained as a director?

Noel Smyth and Fergus Grady: Both mediums have their strengths and weaknesses, but documentary is particularly special as you’re given an insight into other peoples lives. These very personal everyday trialsto be far more interesting than the big sensationalized Hollywood stories. As directors, we feel the biggest things we’ve taken away from this project is to allow enough time with subjects to build trust and allow them to slowly reveal themselves on camera. It’s something that can’t be rushed or forced, but has to happen organically.

Maximilian: Spirituality is difficult to understand. Do you think your film manages to convey the feeling of spirituality? Is that even possible?

Noel Smyth and Fergus Grady: We captured certain elements of it that were true to the characters we were following. However we think spirituality is different for every single person so many people will take something different away. Our hope is that viewers of the film will have something to at least take away and think on long after the film has ended.

Maximilian: What about intimacy?

Noel Smyth and Fergus Grady: It is also a very intimate time to walk this path. Intimacy was incredibly important to us in capturing the film. We will forever be grateful that our subjects were open enough to reveal themselves and their stories on camera. That intimacy is what makes the film so powerful.

Maximilian: What impressed you most about the people in the film?

Noel Smyth and Fergus Grady: Everyday we would be impressed with the resilience of our subjects. Whether it was the loss of aloved one or walking through physical pain, they would get up day after day and push through it. It was very inspiring. 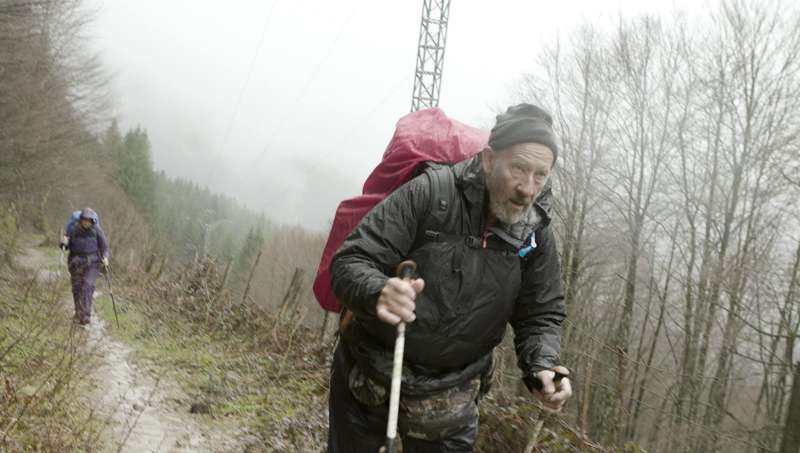 Maximilian:  Is it difficult to find good aesthetic for the Camino de Santiago? How can it be represented symbolically but also in a landscape?

Noel Smyth and Fergus Grady: Capturing the look of the Camino was difficult. Mostly because we were such a small crew of three using only one camera and had to minimize our equipment. There were three key parts of the Camino that we aimed to capture through the cinematography - the physical aspect of it, the ‘wonder’ of the beauty and details, and the sheer scope of such a journey. We used an energetich and held aesthetic to capture the physical struggle. Beauty details were captured through the incredible landscapes, flora and fauna. Lastly, the scope of the Camino was portrayed through a number of aerials that would push the journey forward and provide valuable moments for the audience to step back and take a breath. Wherever we could, we would also look for certain religious or spiritual motifs that could speak to the deeper themes running throughout the film. 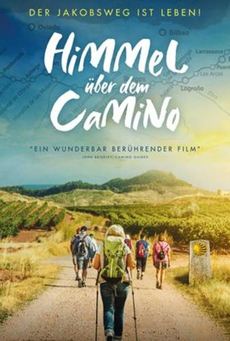